Cooking with Food Storage: Make Your Own Sour Cream

Sour Cream is one of those things I just can't live without! In my opinion, it is required when eating a baked potato or taco salad. I also use it a lot in baking, it goes in cheesecake and apple pies, among other things!

Since I consider it so critical of an ingredient, I need a way to have it without refrigeration (should a time come when I don't have the choice of refrigeration). That means I need to be able to make it myself. It is quite easy to do if you have some shelf stable half & half.  Lots of different company make it. 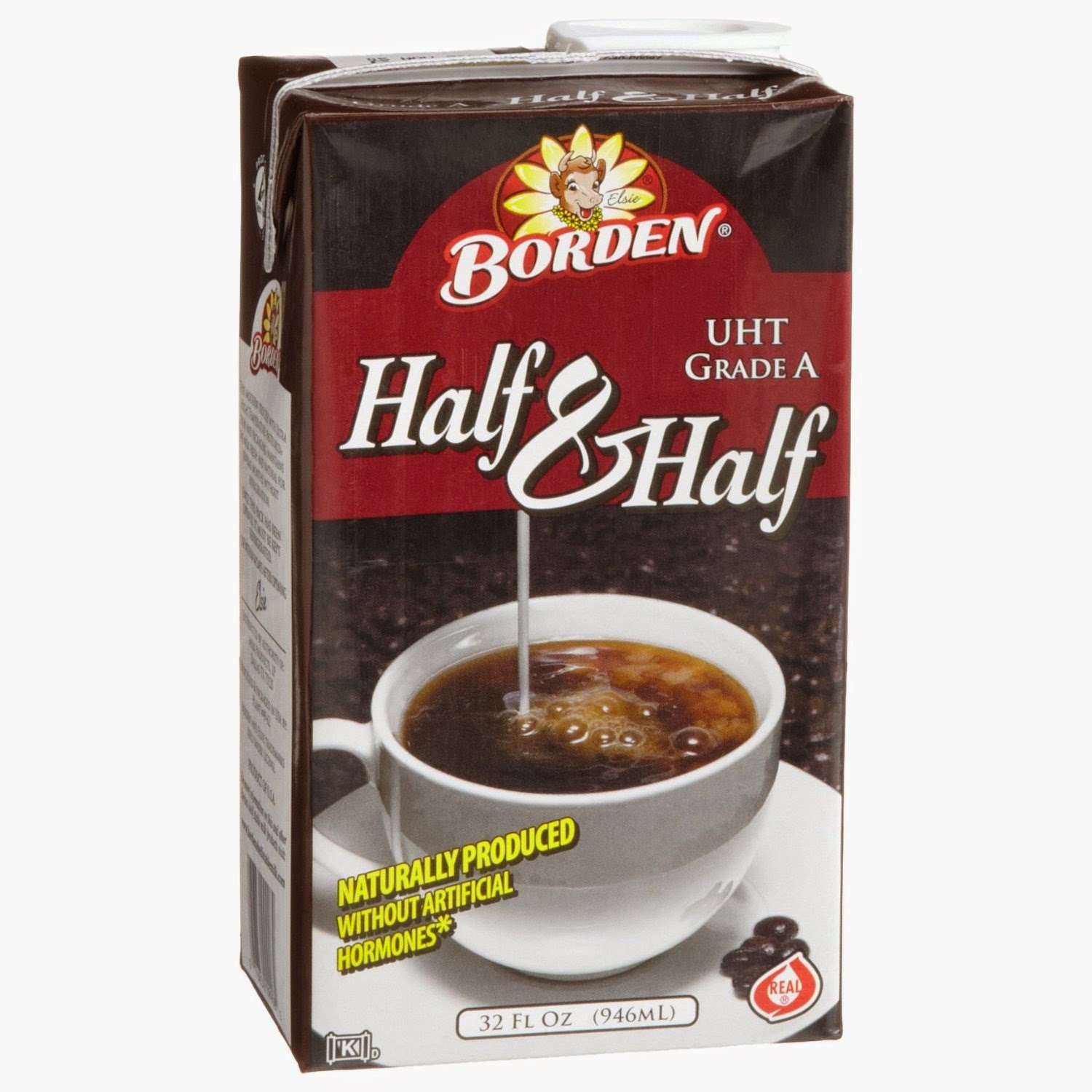 Well, the bad news is, I didn't have any! So, what to do? Think outside the box! You can make sour cream with canned cream! 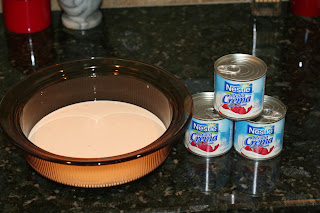 To allow the sour cream culture to work, you will need to heat the cream to 86 degrees. No need to turn on the stove top, this is easily done in the Sun Oven! It is truly cooking without electricity as well as cooking with food storage. I used the dark casserole dish shown in the picture above. Start by preheating the Sun Oven for a few minutes. 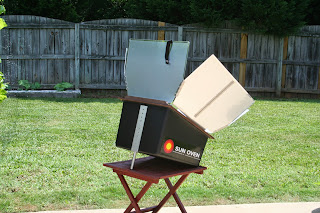 When the Sun Oven is at about 300-350 degrees, you can put the cream in. The Sun Oven doesn't have to be at any certain temperature to do this because the cream is only staying in there for a few minutes. 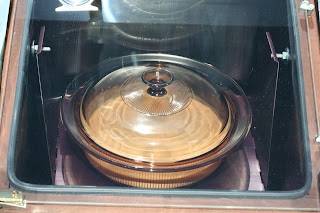 I checked it at 15 minutes time and it was at 95 degrees. If I checked it at 10 minutes, it probably would have been just about perfect. No problem, I just let it cool a bit on the counter.

When it was at 86 degrees, I added the sour cream culture. Just sprinkle it on top and let it hydrate for two minutes. 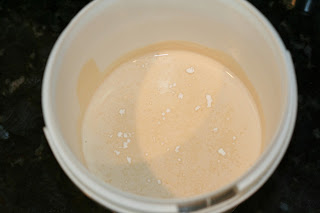 Then, stir it in well. Cover and place in a thermos-like container. I used my Yogotherm. 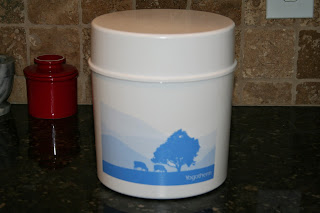 Let it sit for 6 to 12 hours. When using fresh cream or shelf stable cream, I usually let mine sit for about 6 hours. However, since this is canned cream, it needs to sit a bit longer to develop the tangy flavor. I left this for 10 hours.

When finished, you have sour cream! 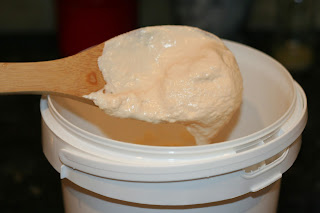 This sour cream will be used as an ingredient in some mini apple pies I am making. You can see how to make mini apple pies with food storage here. My point is you can cook with and have gourmet foods even if you don't have access to fresh ingredients if you just think outside the box!
Posted by Kate at 9:00 AM
Email ThisBlogThis!Share to TwitterShare to FacebookShare to Pinterest
Topics: Cooking with Food Storage, Cooking without Electricity